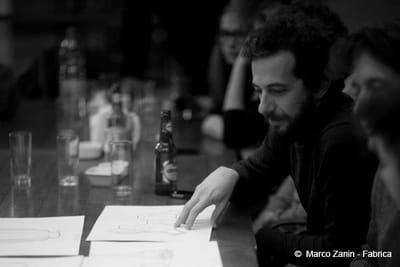 I define myself as a cross-disciplinary designer. Enthusiast for various ventures and experiences, I practice my design method in a large array of projects, including ones that are seemingly unrelated to design.

In 2012, I founded the Design Department at Académie Libanaise des Beaux-Arts, which I directed from 2012 to 2017. My objective was to reform design education, whilst using my same design approach. The implemented curricula envision design as a broader discipline than one limited to creating aesthetics and artefacts.

Based in Paris and Beirut, I work on bridging my two cities and cultures, as well as across several applications of Design. My projects include commercial architecture, scenography, interior design, furniture, services and brand development. As a product designer, I work on a large scope of industrial, artisanal and experimental projects, consulting for private projects, start-ups, as well as big corporations.

Away from the form follows function paradigm, I like to design objects with a method I call materisation, which I define as "the transition from the state of idea to the state of object". My collectible works have been shown in Beirut, Brussels, Dubai, London, Milan, Paris, Design/Miami and Design/Miami Basel. Some of my pieces are part of private and public institutions, including Paris’ Musée des Arts Décoratifs and MUDAC Lausanne's permanent collections.